On Infant T.P., the class had a teddy that went home each weekend with a different child who took photos and wrote a piece about the teddy’s adventure.

When I taught Year 1 in England, the school had two teddies; Stilton and Cheddar – mice. Stilton was for the junior school (Reception – Year 2) while Cheddar was for the senior school (Year 3 – Year 6). Every week in assembly, the children were so excited to see which class would be the lucky minders this week (it was based on the class with the best attendance the previous week).

One weekend, Stilton came on an adventure with me to London.

First he came shopping with me in ASDA. 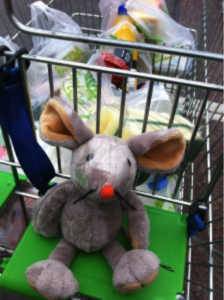 Then he ate some cheese for his tea. 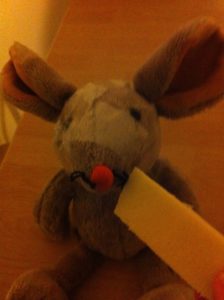 On Saturday we woke up early and took the train to London. 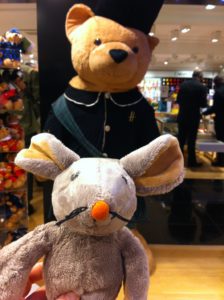 He made friends with a bear 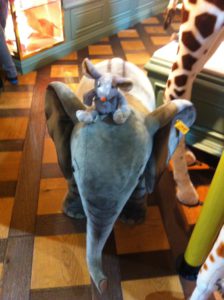 Went for a ride on an elephant. 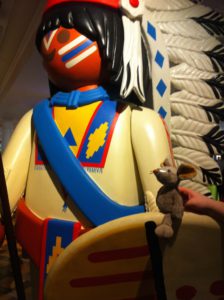 Went into battle with an Indian. 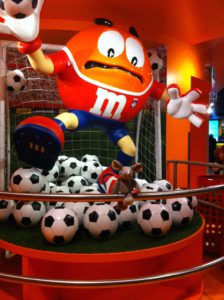 Played football with a giant M and M.

The children were so excited to learn about Stilton’s adventure. I just showed them the pictures and then they wrote the story of ‘Stilton’s Adventure’. It was a brilliant lesson and the quality of work produced by all children was really high.

Overall, I think class teddies are a brilliant addition whether the teacher brings the teddy on adventures or the children take turns! (There’s plenty of reading and writing opportunities!)