This week we started Eadaí in Gaeilge lessons. By the end of the week I’m hoping  that children will have learned the vocabulary for a variety of pieces of clothing as well as key phrases such as;

Here are some ideas that have worked well so far with my class;

We used pictures on the IWB and the children called out the word. (Very basic but it was great to assess what they knew and what they weren’t sure of. We did a lot of drilling at this point to build up their vocabulary.)

We spent a lot of time on this.

I wrote a list of the words on the board and the children wrote them into their Gaeilge copies and drew pictures beside them.

I chose 3/4 children to go to the back of the classroom. They had to follow an instruction – Cuir do hata ort.

The class then answered the questions.

The children brought in a teddy with clothes. Many children had a ‘Build a Bear’ or similar which they were delighted to bring in. It made the lesson fun and interesting.

We did this in two parts;

Today we added the colour too. 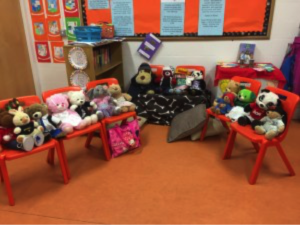 Tomorrow children will receive two templates – one of a boy and one of a girl. They will follow instructions to draw clothes and colour them in. We will do this as a whole class activity and on Friday as a paired activity. 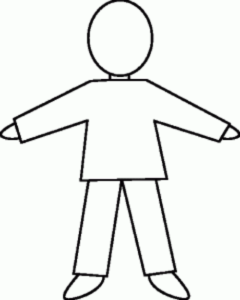 Overall, my class have loved learning about Eadaí and have really built up their vocabulary and phrases and are confident in using them. Next week we will focus on An Aimsir and use Eadaí as a sub theme!