Its All About Who You Know… Or Is It?

I know theres hundreds/thousands of teachers sitting down in front of their laptops today sending off another batch of standard application forms, copies of certificates, references, copies of degrees etc. and I know how disheartening it can be when all you get back is ‘Thanks but no thanks’. I think this is always made worse when you hear about people with connections getting jobs that you had hoped for/ had thought you might have had a chance with.

No one in my family is a teacher so I don’t have any connections therefore I know how hard it is to try and ‘get in’ to a school. Unfortunately in teaching (as in many other jobs..)  there is a huge element of ‘who you know’ there is no denying it and it can be so annoying to see a relative of the principal getting the job in the school you worked in for months/years. So what can you do about it? Nothing – if you don’t have connections you’ve got to go and make them yourself.

How do you make connections?

Subbing– in September (the end of the first week/ start of the second week) go to schools with your CV. Ask to speak to the principal if possible. Otherwise just leave your CV along with a little laminated card with your details on it for the secretary. When subbing in a school – go above and beyond. By making a good impression you will likely get asked back and be recommended to other principals/schools.

INTO– Many principals are heavily involved in the INTO. Go along to meetings – you’ll learn a lot yourself and get to meet the principals of the local area.

I qualified in 2011. I sent over a thousand application forms to every school in the country – from Cork to Dublin,  Westmeath to Donegal – every school – I was desperate for a job. I got nothing – not even an interview!

I went around to different schools in Waterford City and County handing in my CV talking to principals and secretaries and anyone else who would listen. I registered with Sub Search and paid to put my name on the sub register in the Waterford Teachers Centre. I got a few days subbing in September and this gradually increased during the next few months. By January 2012 I was offered a part time resource position in a school I had been subbing in. I was thrilled and started after the Christmas Holidays. I continued applying for jobs and 8 weeks later while subbing in a different school I was offered a maternity contract (full hours) shared between two schools. While I didn’t want to leave my part time job – I couldn’t turn down a full time job with the prospect of a further job the following year so I started in the new school in March.

At this stage I had worked (as a member of staff) in 3 different schools with 3 different principals. So in just 7 months, I knew 3 principals very well. (I had done subbing in 5/6 other schools too). 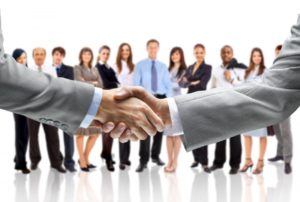 I had been promised a job in the main school the following year but this wouldn’t start til October/November as it was another maternity cover. I continued applying for jobs over the summer and got 2/3 interviews – I was unsuccessful in all of them. I was very disheartened and devastated especially after the last interview as I felt it had gone really well, I also knew the principal because I had gone to school there myself so thought maybe this once my connections would stand to me. I found out a few days later that there was a teacher already in the school (had been for the past 3 years) and she got the position.

Almost a week later, with just a few days before school started, the phone rang (it was the principal from the last interview) and I was asked if I was available for the first few weeks in September. I jumped at the chance and met with the principal the following day. The job had arisen because of a problem with the panel. There was 1 teacher left on the panel and there was a permanent job in the school but the teacher was unsure whether to take the job due to a long commute and other personal reasons. After 3 weeks, she decided to take a job closer to home so I was offered a temporary contract for the year. I was over the moon and was able to complete my DIP.

The following year I decided to move to the UK where I taught in 3 different schools. In 2014, we moved back to Ireland. I first moved to Waterford and then to Dublin. Once again I had no connections and had to start from scratch again. I started applying for jobs before I moved home but heard nothing back – other than rejection letters. By the end of August, I was getting very worried and not looking forward to another year of subbing. Eventually I got a call for an interview and was thrilled – it went well but I heard nothing back from the school.

The following Thursday while sitting in Heuston Station on my way to Waterford, I got a call from a principal of a school I had applied to offering me 2 months work covering for a teacher on study leave. I was delighted! The following day (Friday), I got a call from another school I had applied to (in May) asking if I would come for interview – I explained that I had agreed to cover two months already but was happy to come for interview anyway. On Monday, I got a call from the school who had offered me 2 months work – they were no longer able to offer me the subbing as something had fallen through.

The following Tuesday, I drove to the school (over a 50 minute drive in no traffic…), I did the interview and was fairly happy with how it went. That evening I got a call to offer me a temporary position for the year – I was thrilled! I started the following Thursday (2 days later!) The year went well and I applied and got a further temporary contract the following year. At the end of this year, I applied for and was granted a CID before the end of term so I’m looking forward to a third year in my school.

Don’t get too disheartened if you find out that someone got the job because they knew someone. Finding a job in teaching is difficult – it requires a lot of applications, a lot of proving yourself and a bit of luck! Best of luck!