Moving to England Part 1 (My Experience)

This time 3 years ago I had just completed my DIP and was working in Waterford in the school I had gone to myself. I loved the school, the staff, the children and everything about working there and was delighted to be offered a temporary position in the school the following year. However, my boyfriend was finishing college and needed to complete a masters in order to get a job in his field. The U.K. was the best option for him. For weeks and months I debated whether to stay or go, it was an incredibly difficult decision because I loved the school, my family and friends were close and moving to the U.K. was very daunting but at the same time it felt right and I felt it was now or never so I decided to go.

He got accepted for a Masters and we knew we would be living somewhere in the Brighton/Hove area. I started applying for jobs that were advertised on the Brighton and Hove Council website and was delighted to get an interview in a school in the area – I was given less than a weeks notice but when talking to the principal felt that I was in with a good chance of getting the job. The school were happy to facilitate a Friday interview which meant I only had to use one course day. The cost of travelling over was astronomical – I think the hotel was around 500 pounds for two nights and the flights were pricey too.

For the interview, I had to teach a lesson to Year 5/6 while the headteacher and deputy headteacher observed. After this, I had a 25-30 minute interview. I also had to have a ‘teaching portfolio’ with me which showed my philosophy of teaching, achievements, experience etc. After the interview, we went exploring around Brighton/Hove and fell in love with the place.

About a week later, I missed a call on my mobile as I was rushing out the door to go to the school for the annual summer concerts. I rang back straight away and the principal informed me that I didn’t get the job but was a very close second. I was devastated – I had really thought the interview went well and it had been such an expensive trip. (I really wanted to have a job before I moved over as I didn’t want to do supply teaching/subbing.) Following this I was offered two other interviews but this time I requested phone interviews as I couldn’t take more time off work as there was a lot of things going on with the concerts/plays/standardised tests/school tours etc.

I decided to register with a teaching agency (or 3) and was delighted when they rang and told me that a school was really interested and wanted to do an interview. (I was basically told that if I went to meet the school the job was mine). It was the summer holidays so I decided it was a good idea to travel and do the interview so off I went (on my own this time). When I arrived at the school the principal got out of her car (She was parked in the ‘Principal’ car space) and said ‘Oh you must be the supply teacher!’ So I introduced myself and explained I was here for interview… Her response … ‘Oh I wasn’t aware there was any interviews’ and stormed off. Eventually I got into the school – did the teaching part of the lesson and was then told there was no need for interview. I was confused. So I rang the teaching agency and arranged a meeting for later in the day. When I arrived, I asked what had happened and was told the school felt I wasn’t a good fit – once again I was disappointed, annoyed and upset.

A few days later a different teaching agency rang me offering me an interview for another position and once again said the interview was merely a formality and I would definitely get the job. I declined the interview, explaining what had happened with the last school and was told ‘Oh they had filled that position 2 weeks ago…’ so now I was really annoyed.

I decided it was better to just wait until I moved over rather than wasting more money travelling over for interviews where the jobs are already gone. 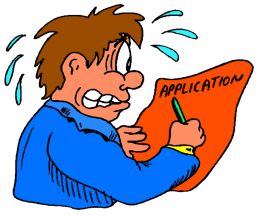 We had to find somewhere to live so we went to Brighton once again in August and after much searching found a lovely apartment. As neither of us had jobs we had to pay 6 months rent up front as well as the security deposit. (Thankfully we both had savings!) So we packed up our lives into a Ford Fiesta and off we went. We were excited and scared. We moved in on the 4th September – to our little apartment with no furniture – no bed, couch, chairs, table, anything. (Most rented accommodation in the U.K. is unfurnished) and as we moved from Ireland we couldn’t bring anything with us. The first night we slept on the floor and had a frozen pizza for dinner. We spent the following two weeks exploring Brighton and picking up bits and pieces for our new house.

I continued applying for various jobs in Brighton/Hove and the surrounding areas of East Sussex. I was delighted to be offered 4/5 interviews. Usually before you apply for a job you go and view the school, meet the principal, ask questions and see if the school would be a good fit for you. (This is a great way to see how things work, meet some of the children and teachers, and learn a little about the school.)

During this time, I was working as a supply teacher in a number of schools around Brighton. I didn’t like supply teaching as I found most of the other teachers very unfriendly and unhelpful. It

I travelled to a school in the East Sussex area, got a tour (on my own), met the principal (spoke to her for about 30- 45 minutes) and was very pleased with how everything went. I applied for the position and was offered an interview a few days later. I travelled to the school and realised it was a bit far away but decided to go for the interview anyway. The lesson – problem solving for Year 3, went well and the interview was conducted shortly afterwards. The interview went well but there were a few questions which I gave answers too and the principal argued with me about them – I got a bad feeling about the school then but decided it was just nerves. On my drive back to Brighton, I received a call from the principal offering me the job. I was thrilled and accepted. Although the job wasn’t due to start until after the October break, the principal asked if I would team teach until then with the current teacher who was due to go on maternity leave. This would give me a chance to get to know the children and see how things work in the school. I was over the moon!