The following Monday morning, I started work in the school. I was excited and nervous. I left the house early – 7 am and arrived at school shortly before 8am (for a 9am start). Things were ok for a few days. I spent time observing the class and after a day or so I started doing some lessons.

The school was about a 45 minute drive from Brighton but thankfully the traffic was in the opposite direction. It was a small school – just one of each class – Reception to Year 6. Each class also had a teaching assistant (TA) and I also had an individual needs assistant (INA) and at times an extra teaching assistant to support a child with learning difficulties. Once per week, a senior TA looked after the class while I had my planning time.

I interviewed for the position on a Tuesday and was offered the job that day. On Wednesday, the Ofsted Inspectors arrived. They stayed until Friday. I started the following Monday. Tensions were high when I arrived. After a couple of weeks, the school had still not received a report from Ofsted – this is usually a bad sign. (But I was unaware of how Ofsted worked/what a bad Ofsted report meant etc. I was also not a member of staff when the Ofsted inspection had taken place.)

During my first few weeks, I worked in collaboration with the current class teacher. She showed me how plans were expected to be completed, how to mark the books, how school discipline worked, how displays were to be made etc. I listened carefully and worked hard. I did everything that was asked of me. I stayed in school late working on plans, sorting resources, displays, and marking. When I went home I spent further hours working and most of the weekends too. 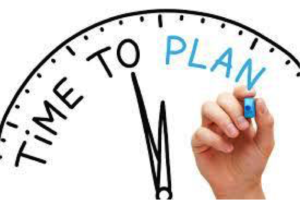 Over the next few weeks, the school had many changes. Extra support was provided to all teachers and each teacher was also observed teaching and then graded based on their planning, the teaching and the quality of work the children produced/their learning – absolutely everything was scrutinised. During this time, I received constant negativity from the headteacher and deputy headteacher – everything I did was wrong, from the clothes I wore to the way I had marked the books, planned lessons, made displays etc. (I followed school policies exactly and took all advice on board but nothing was good enough). It was then decided that I would receive extra support during my planning time from the Deputy HeadTeacher. I spent hours on my planning – she would then make me change words/ full stops etc.

My whole personality had changed – I had been bubbly, friendly, excited, but now I was just completely stressed. 3 other teachers all came to me separately explaining that before I had come to the school/when they first started working at the school they too had been the victim of bullying from the headteacher and deputy headteacher. They advised me to just keep working through it and it would eventually stop.

The Ofsted report then arrived – the school had been graded as inadequate (which is really bad) and the following months were to be extremely difficult for all staff members as Ofsted inspectors would be coming to observe and inspect the school, staff and learning of the children a lot. As well as this East Sussex council would be on board for further ‘advice’ and ‘observations’.

By December, I hated school. I hated teaching. I cried when I got home every day. I dreaded each day. I continued to work hard, did exactly as I was told. At one stage, I was told how to teach a lesson on fractions in Maths (by the deputy headteacher and an outside support agency), I spent a considerable amount of time during school and afterwards discussing how the lesson was to be taught for an inspection which would be carried out the following day. I followed the lesson plan (written by them) perfectly. Afterwards, I was told the lesson was inadequate. (I was devastated and didn’t know what to do. I discussed this with the headteacher and other inspector – explaining what had happened but was told it was all my fault).  I think it was at this point as I returned to the hall (where the whole school was practising for the school play) fighting back the tears that I realised I couldn’t stay at the school any longer.

Two days before the Christmas Holidays – I went to the headteacher and told her I would not be returning after  Christmas. She was horrified but delighted in telling me that she could ‘make me stay and fulfil my contract..’ Thankfully, I had realised a few months previously that things weren’t right and had never signed the contract – therefore was under no obligation to stay. (It was extremely difficult to come to the realisation/decision that I needed to leave and I felt awful that I would be leaving the children but I had to look after myself and didn’t have any other option.)