As mentioned in my previous post, I left my job as Year 3 teacher before the  Christmas holidays and travelled back to Ireland. I was still quite stressed and upset about everything that had happened and was unsure what to do next.

Once I returned to England, I contacted my previous agencies and was booked for different days the following weeks. My first day was in a very disadvantaged school with little to no support available – it was just a half day. I arrived early and was met with chaos as children ran riot. To be honest it was an awful few hours and I decided that I’d never return to that school again. Over the next few weeks, I met with two new agencies. The first agency said they had to have a reference from my previous school – the headteacher gave a reference reluctantly and requested that the reference not be shared with me. The agency informed me that the reference wasn’t good. (But couldn’t provide further details.) The second agency knew the school where I had worked and had heard from lots of other teachers how bad it was there. The agency also told me they no longer sent teachers to work as supply teachers in the school due to the negativity and constant criticism from the headteacher. 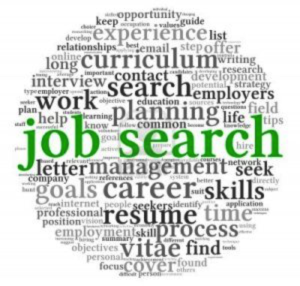 In January, I began applying for jobs in Brighton/Hove again and was invited for interviews in a number of schools. I was delighted when I was offered a job in a very disadvantaged school and couldn’t wait to start however, the job wasn’t going to start until after Easter. So I decided to keep doing supply work until then.

One Thursday evening while popping into ASDA for the shopping, my phone rang. It was the second agency who wanted me to go to a school 20 minutes outside Brighton as they really needed a teacher for a few weeks – only problem; the school had recently been inspected and was graded as ‘requires improvement’ by Ofsted. (Another bad report). Initially I said no way  but the agency pleaded as they couldn’t find any other suitable teachers so I agreed to meet with the headteacher.

A few days later I headed to the school – the atmosphere was completely different from the moment I walked in the front door. The principal was a funny, enthusiastic and slightly eccentric man. (He had a giant dinosaur, and Star Wars cut out in his office. ) After a short meeting, I agreed to start work after the February mid-term for 2/3 weeks. (I would be covering for a teacher on sick leave.) 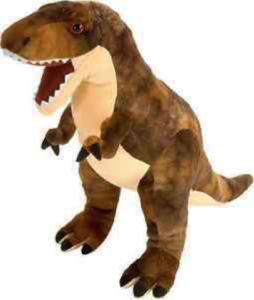 After the mid-term I started in Year 1. Things were a bit more chaotic than I had imagined. The class teacher had been on sick leave for months and the children had 4/5 different supply teachers during that time. Things were all over the place to say the least as the children were anxious, the parents were furious, little to no work had been completed and the children were far behind and the Phonics Screening Test was just around the corner. I had one TA in the class who would be resigning in two weeks time so it was very difficult for the children – so many new faces and they were only 5/6. 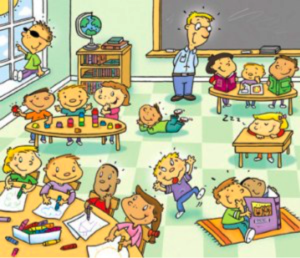 The class were a lovely bunch but due to the constant changeover in teachers there was a lot of small issues which needed to be sorted. There were a lot of children with special educational needs in the class who were not getting the support they needed as nobody had spoken to the special educational needs co-ordinator so this too had to be sorted. I got to work quickly, setting up routines, changing displays, table layouts, organising groupings for maths and literacy stations (where 2-3 other adults were available to help), sorting book bands etc. The children began to relax and enjoyed coming to school, the parents were thrilled too.

After 3 weeks, I was asked to stay until the Easter term. I agreed but explained that I would need 1/2 days off to go to visit the other school where I would be starting after Easter. The headteacher agreed.

A week before I was due to leave, the headteacher requested a meeting. He asked if I would consider staying in the school until the end of the year. The class teacher was due back but she would only be coming back part time. This would mean that I would work part time in my current class and then cover days in two other classes. I didn’t know what to do. I really wanted to stay but I had agreed to start in the new school.

It was another difficult decision but as I had agreed to start in the new school, I felt it was too late to now change my mind so I  decided to move on…