Why is it so difficult to find a substitute teacher?

There was an article in the Independent the other day (and again in the Sunday independent) with the title “Children to be sent home from school in new crisis; Lure of well paid jobs in Dubai is now leading to a severe shortage of substitute teachers”. (You can read the article here.) So in this blogpost I’m hoping to share some of the reasons teachers have left Ireland to teach abroad. While teachers are paid more in Dubai, I think this is only partly the reason why many teachers have chosen to move there or to other countries in the EU or further afield. 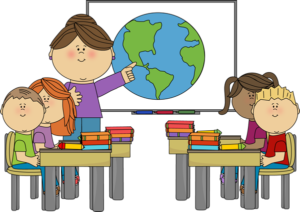 There is no denying that money is a factor for many teachers. The pay is much better in places such as Dubai and with no tax to pay and some companies offering free accommodation there are huge financial benefits to moving there for a couple of years. Some friends have moved to try to save as much money as possible to be able to have a deposit to buy a house in Ireland.

It is increasingly difficult for young people to save for a deposit in Ireland. With the new rules, 10% deposit is needed for first time buyers and potential buyers can only get a mortgage that is 3.5 times their income. If a couple, who both work as teachers, and are on point 8/9 of the scale wanted to purchase a house; they would have a combined income of approximately 80,000 which would enable them to get a mortgage for 280,000 if they had a deposit of 28,000. If this couple were living in Dublin and paying rent (which is on average €1300 a month according to Daft) it would take a very long time to raise this money for a deposit. The couple would also find it quite difficult to find a house in Dublin as Daft reports the average asking price for a house in North Dublin is over 280,000 and in South Dublin is in excess of 320,000. By moving abroad for a few years, the couple could save the money needed for a deposit in a much shorter amount of time.

I’m always jealous of the Snapchat stories and Instagram posts on the beach after a day in school. The weather is great, theres lots to do, lots to see and it is so different to Ireland. It is a fantastic opportunity to teach somewhere completely different, travel and experience a different lifestyle and culture.

While the job situation in Ireland has definitely improved in the last few years there is still a lack of permanent posts. Many of the teachers I graduated with in 2011 still don’t have permanent positions. Some have managed to secure permanent jobs through the supplementary panel while others haven’t.  Within a week of moving to England, I was offered supply work and within a month had a maternity contract for the year. After that, I worked in a school for 6 weeks and was offered a permanent position. 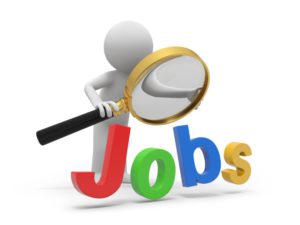 Job security is a massive thing; I was granted CID last year and it was as if a weight had been lifted off my shoulders. The dreaded CV update wouldn’t be needed and I knew where I would be for the foreseeable future. For many of my friends and colleagues – the next few months will be a waiting game while they hope that someone will take a career break, or someone is pregnant or someone decides to job share.